This is your periodic reminder that national health care is free.

Here’s what I mean. This year we’ll spend about $3.8 trillion on health care. About half comes from the government in the form of Medicare, Medicaid, CHIP, the VA, etc. The other half is mostly paid by consumers, either directly or via their employers. 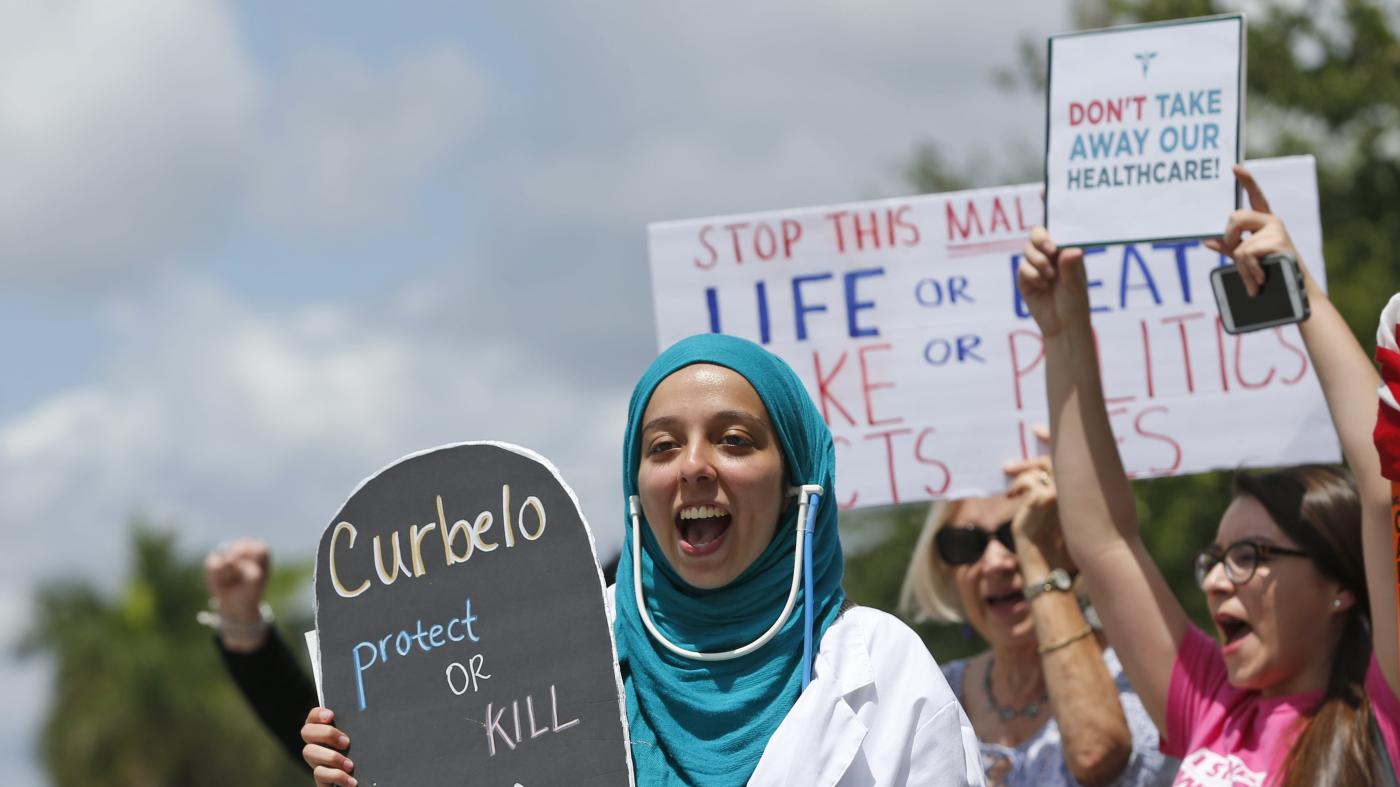 If we had a national health care plan today, we would spend about . . . $3.8 trillion. The only difference would be in how we pay it. We could make employers pay a head tax. We could take employers out of the picture and pay for it via income tax or a VAT, or a payroll tax. Or we could invent some insane Rube Goldberg system of raising the money, which is probably what would happen in real life.

There are, of course, optimists out there who think that national health care would save us money. These people are dreamers. You see, the vast bulk of health care spending goes to providers. This means that the only way to reduce spending is to pay doctors less, pay nurses less, pay drug companies less, and pay device manufacturers less. This will not happen, and anyone serious about national health care would be insane to try. Why put up an enormous barrier to success, after all?

The one thing we probably could do is get rid of insurance companies, which would save a bit of money—probably about enough to make up for the cost of adding the remaining uninsured to the system. So, in the end, it comes out even after all.

And that’s that. Within a reasonable range of error, national health care is free. It doesn’t matter if it’s Joe Biden’s plan or Bernie Sanders’s plan, or anyone else’s plan. We’d still spend $3.8 trillion. The only question is precisely where and from whom the money comes.

If you leave the United States and are no longer a state resident, even if you are a citizen and might maintain a driving license, you will have to report immediately if you want to avoid the 13% health care tax. I use the number 13% as it is in Sweden to exemplify the actual tax pressure laid upon you for the nationalized health care.

Let’s say you moved and you do not want to pay the 13% tax for services you do not receive, can receive, or want to take out from the tax roll. The mammoth entity has no interest in letting you go so easily. You will end up having to reveal your private life – partner, dwellings, travel, money, and job to prove your case that you have the right to leave the public health care system and do not need to pay the tax. If you have to seek an appeal, your information could be a part of administrative court documents that are open and public documents. As soon as you return to the United States, you will be automatically enrolled again, and the taxes start to pile up.
Public universal health care has no interest in protecting your privacy. They want their tax money and, to fight for your rights, you will have to prove that you meet the requirements not to be taxable. In that process, your private life is up for display.

The national ID card and national population registry that includes your medical information foundation of the nationalized health care system. You can see where this is going – population control and the ability to use the law and health care access to map your whole private life in public, searchable databases owned and operated by the government.

By operating an impeccable population registry that tracks where you live, who you live with when you move, and your citizen status, including residency, the Swedes can separate who can receive universal health care from those not entitled. The Swedish authorities will know if you have a Swedish social security number, with the tap of the keyboard, more information about yourself than you can remember. The Swedish government has taken sharing of information between agencies to a new level. The reason is straightforward – to collect health care tax and suppress any tax evasion.

It is heavily centralized, and only the central administration can change the registered information in the data. So if you want to change your name, even the slightest chance, you have to apply to a national agency that processes your paperwork. This centralized population registry makes it possible to determine who is under all circumstances, and it is necessary for the national health care system. Otherwise, any person could claim to be entitled.

We often search high and low for the most appealing, fantastic recipes that we can serve up to our family during the week. Even...
View Post
Previous articleIs this the future of (low-value) healthcare?
Next articleThe Most Important Health-Care Tool Is Trust